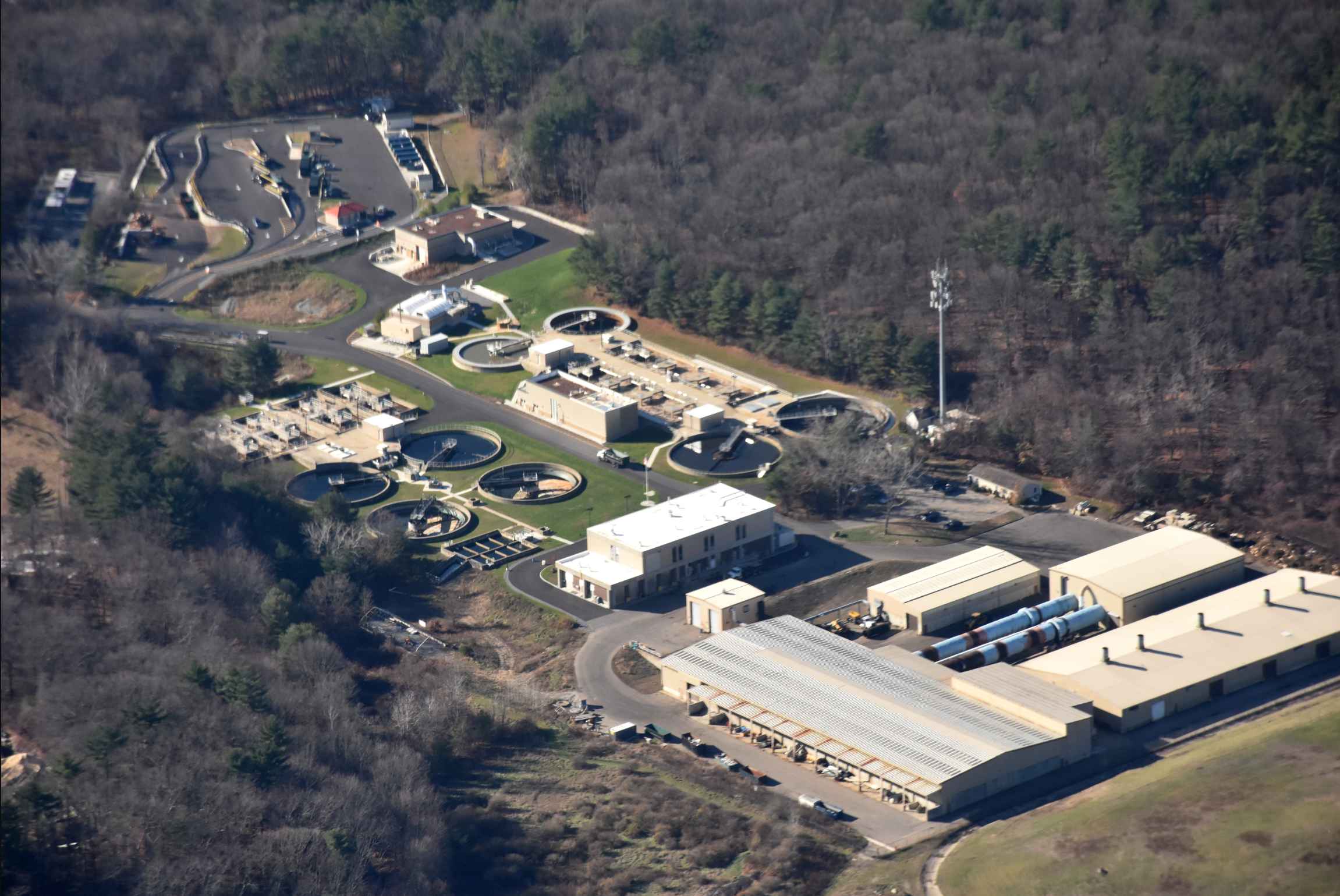 Sequencing batch reactors (SBR) or sequential batch reactors are a type of activated sludge process for the treatment of wastewater. SBR reactors treat wastewater such as sewage or output from anaerobic digesters or mechanical biological treatment facilities in batches. Oxygen is bubbled through the mixture of wastewater and activated sludge to reduce the organic matter (measured as biochemical oxygen demand (BOD) and chemical oxygen demand (COD)). The treated effluent may be suitable for discharge to surface waters or possibly for use on land.

An oxidation ditch is a modified activated sludge biological treatment process that utilizes long solids retention times (SRTs) to remove biodegradable organics. An oxidation ditch is a large circular basin equipped with aerators that is used to remove organic matter and pollutants from sewage through the processes of adsorption, oxidation, and decomposition.

4、How to remove nitrogen?

Waste Stabilization Ponds (WSPs) are large, man-made water bodies. The ponds can be used individually, or linked in a series for improved treatment. There are three types of ponds, (1) anaerobic, (2) facultative and (3) aerobic (maturation), each with different treatment and design characteristics.

For the most effective treatment, WSPs should be linked in a series of three or more with effluent flowing from the anaerobic pond to the facultative pond and, finally, to the aerobic pond. The anaerobic pond is the primary treatment stage and reduces the organic load in the wastewater. The entire depth of this fairly deep pond is anaerobic. Solids and BOD removal occurs by sedimentation and through subsequent anaerobic digestion inside the sludge. Anaerobic bacteria convert organic carbon into methane and, through this process, remove up to 60% of the BOD.

After activated sludge process the wastewater enters secondary sedimentation tank in which suspended particles contains microbes are removed and are reflected towards aerobic filter to maintain high microbe concentration in aerobic filter.

Sewage treatment is the process of removing contaminants from municipal wastewater, containing mainly household sewage plus some industrial wastewater. Physical, chemical, and biological processes are used to remove contaminants and produce treated wastewater (or treated effluent) that is safe enough for release into the environment. A by-product of sewage treatment is a semi-solid waste or slurry, called sewage sludge. The sludge has to undergo further treatment before being suitable for disposal or application to land.

Sewage treatment may also be referred to as wastewater treatment. However, the latter is a broader term which can also refer to industrial wastewater. For most cities, the sewer system will also carry a proportion of industrial effluent to the sewage treatment plant which has usually received pre-treatment at the factories themselves to reduce the pollutant load. If the sewer system is a combined sewer then it will also carry urban runoff (stormwater) to the sewage treatment plant. Sewage water can travel towards treatment plants via piping and in a flow aided by gravity and pumps. The first part of filtration of sewage typically includes a bar screen to filter solids and large objects which are then collected in dumpsters and disposed of in landfills. Fat and grease is also removed before the primary treatment of sewage.

The use of biofilm systems in wastewater treatment is being increased rapidly because of its tempting（诱人的） approach of pollutant removal from wastewater, which has been proved to be effective in terms of both cost and environmental perspectives. Biofilm can have both positive and negative effects in treatment processes depending on the type of treatment concept applied. Processes such as a moving bed biofilm reactor (MBBR) depend on biofilm development, while it can cause problems in membrane bioreactor (MBR) through membrane biofouling. Those processes taking advantage of biofilms have been widely used for the removal of organic and inorganic matters from different wastewaters, by mechanisms such as biodegradation, bioaccumulation, biosorption, biomineralization, and bio-immobilization.

Water is a basic necessity, but its availability for human use is hardly about 1%. Current global water crises are due to a rapid increase in population, climatic variation, environmental pollution, urbanization, industrialization and contamination of existing water reservoirs. The quality of freshwater in rivers and streams is affected because much of the wastage is discharged without prior treatment from industries, municipal sewers and agricultural areas. The quality of groundwater is declining due to unprocessed sewage containing domestic waste along with human and animal excretion products, leading to worldwide deaths and other environmental factors, including biodiversity reduction and an increasing number of water-related infections, among others. According to WHO, approximately 30% of all diseases and 40% of deaths throughout the world are due to polluted water.

The extended aeration system is one of the modifications of the activated sludge process. It is a complete mixed system that provides biological treatment for the removal of biodegradable organic waste under aerobic conditions. Air may be supplied by mechanical or diffused aeration means. The raw sewage directly flows into the aerobic digestion chamber where all the solids are digested by aerobic bacteria. This is possible because the sewage is aerated for a minimum of 24 h, giving vastly increased time for almost complete digestion of all solids. Since there is complete stabilization in the aeration tank, there is no need for a separate sludge digester. Furthermore, there is no need for a primary settling tank as organic solids are allowed to settle in the aeration tank due to their long detention time. The major advantages of extended aeration include ease of construction as well as operation, high oxygen transfer efficiency, absence of odor, less sludge yield and exceptional mixing energy from a controlled aeration chain environment. However, extended aeration plants do not achieve denitrification and phosphorus removal without additional unit processes.

The rotating biological contactor (RBC) is an efficient attached growth system that purifies wastewater from different industries, namely food and beverage, refinery and petrochemical, pulp and paper industries. In addition, it is efficient in purifying municipal wastewater, landfill leachate and lagoon effluent. The system consists of biomass media, usually plastic (polyethylene, polyvinyl chloride [PVC] and expanded polystyrene), that are partially immersed in wastewater. As it slowly rotates, it lifts a film of wastewater into the air. The wastewater trickles down across the media and absorbs oxygen from the air provided by the rotating action. A living biomass (biofilm) attached to the discs assimilates the organic materials and nutrients in the wastewater. Any excess biomass that sloughs off the discs by shearing forces exerted with disc rotation and gravitational force is then removed from clear water through a conventional clarification process. A schematic of the entire process is shown in Figure. The RBC system has an edge over suspended growth systems in terms of reduced life cycle costs, less sludge production, less space requirement, ease of operation and high process stability with load variations as well as high effluent quality with regard to both biological oxygen demand (BOD) and nutrients. However, RBC system optimization and adaptability under different environmental conditions and influent characteristics still pose challenges for the efficient design and use of this technology.

13、The method of wastewater treatment

Biological processes can be employed in the treatment of wastewater and these processes may include, for example, aerated lagoons, activated sludge or slow sand filters. To be effective, sewage must be conveyed to a treatment plant by appropriate pipes and infrastructure and the process itself must be subject to regulation and controls. Some wastewaters require different and sometimes specialized treatment methods. At the simplest level, treatment of sewage and most wastewaters is carried out through separation of solids from liquids, usually by sedimentation. By progressively converting dissolved material into solids, usually a biological floc, which is then settled out, an effluent stream of increasing purity is produced.

14、The process of biological membrane method

A biological membrane or biomembrane is an enclosing or separating membrane that acts as a selectively permeable barrier within living things. Biological membranes, in the form of eukaryotic cell membranes, consist of a phospholipid bilayer with embedded, integral and peripheral proteins used in communication and transportation of chemicals and ions. The bulk of lipid in a cell membrane provides a fluid matrix for proteins to rotate and laterally diffuse for physiological functioning. Proteins are adapted to high membrane fluidity environment of lipid bilayer with the presence of an annular lipid shell, consisting of lipid molecules bound tightly to surface of integral membrane proteins. The cell membranes are different from the isolating tissues formed by layers of cells, such as mucous membranes, basement membranes, and serous membranes.

15、The purpose of sludge treatment

Separate pure water from salt water with a semi-permeable membrane that only allows water molecules to pass through but not solutes. As a result, the liquid level on the salt water side rises.（Osmotic pressure）

When the pressure applied on the salt water side is greater than the osmotic pressure, the osmosis can be reversed to achieve the reverse osmosis process.（Reverse osmosis pressure）

Under the action of an electric field, the selective permeability of the ion exchange membrane is used to make the ions in the water migrate directionally, so as to separate the ions from the water.

There are many factors that will affect the coagulation effect, mainly including water temperature, ph, alkalinity, turbidity, organic pollutants, coagulant dosage method, coagulant type and dosage, and hydraulic conditions.

Generally, there are four main steps in water treatment, namely coagulation, sedimentation (or clarification), filtration and disinfection. Of course, for some water qualities, softening, desalination, or cooling are required.

After the organic matter is discharged into the river, it is degraded by microorganisms and consumes a large amount of DO in the water. At the same time, the oxygen in the air continuously dissolves into the water to restore the DO. After the sewage is discharged, the DO curve sags like a cable, so it is called the oxygen sag curve.

The size of the colloid is between the suspended matter and the dissolved matter, and it has stability, and it does not precipitate after standing for a long time.

The purpose of sludge treatment is to reduce, stabilize, harmless and recycle sludge. Specifically, it is to reduce the volume of sludge, to avoid secondary pollution of sludge, to treat toxic and harmful substances and to turn it into treasures such as biogas production.

28、 what is the difference between Primary and Secondary Wastewater Treatment?

Primary wastewater treatment is the process of removing solid matter from wastewater. The wastewater flows into tanks and the solids settle on the bottom and require retention time. The grease and scum then rise to the top. This is a very slow process. The primary process is also called the ‘primary phase’ or the ‘septic process’. The lighter wastewater and matter then leave and go to the secondary pre-treatment chamber. The anaerobic bacteria (bacteria that does not need oxygen to live) uses the nasties in the water as food and they begin to break them down.

The secondary wastewater treatment process uses anaerobic microorganisms and retention time to breakdown and remove the remaining waste and other small particles. The waste and the microorganisms are both found in the sludge, and remove both the remaining solids and nutrients through bacterial composition. Secondary treatment utilises naturally occurring biological processes. This means the wastewater oxygen level vary throughout and do not stay at one constant quantity. This results in microorganisms being either aerobic (require oxygen) or anaerobic (does not require oxygen), depending on the stage. These systems require air blowers running for a long time to reinvigorate and aerate the liquids.

During this special period, our country China has made great efforts, and our profession has also played a huge role. In the construction of Wuhan Raytheon Hospital, HDPE materials have played a huge role. At the same time, the problem of disinfection should also attract our attention. Also, the integrated MBBR process has achieved good results in this hospital wastewater treatment. 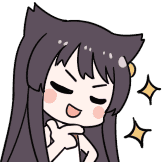