In an essay entitled “Making It in America,”, the author Adam Davidson relates a joke from cotton country about just how much a modern textile mill has been automated: The average mill has only two employees today, “a man and a dog. The man is there to feed the dog, and the dog is there to keep the man away from the machines.”

Davidson’s article is one of a number of pieces that have recently appeared making the point that the reason we have such stubbornly high unemployment and declining middle-class incomes today is largely because of the big drop in demand because of the Great Recession, but it is also because of the advances in both globalization and the information technology revolution, which are more rapidly than ever replacing labor with machines or foreign workers.

In the past, workers with average skills, doing an average job, could earn an average lifestyle. But, today, average is officially over. Being average just won’t earn you what it used to. It can’t when so many more employers have so much more access to so much more above average cheap foreign labor, cheap robotics, cheap software, cheap automation and cheap genius. Therefore, everyone needs to find their extra — their unique value contribution that makes them stand out in whatever is their field of employment.

Yes, new technology has been eating jobs forever, and always will. But there’s been an acceleration. As Davidson notes, “In the 10 years ending in 2009, U.S. factories shed workers so fast that they erased almost all the gains of the previous 70 years; roughly one out of every three manufacturing jobs — about 6 million in total — disappeared.”

There will always be change — new jobs, new products, new services. But the one thing we know for sure is that with each advance in globalization and the I.T. revolution, the best jobs will require workers to have more and better education to make themselves above average.

In a world where average is officially over, there are many things we need to do to support employment, but nothing would be more important than passing some kind of G. I. Bill for the 21st century that ensures that every American has access to post-high school education. 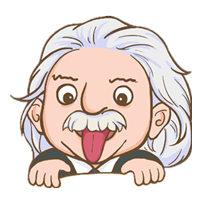